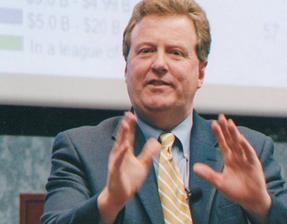 After a 30-year career as an economic development professional in Texas and Tennessee, Bob Cook formed the Cook Strategies Group on August 1, 2013.  Cook has published more than 20 articles on topics relating to economic development and international trade, and has served as an expert witness on these matters before numerous state and federal legislative and regulatory bodies.  Cook hasbeen a guest speaker at conferences in Japan, Taiwan, Mexico and across the United States, and has successfully closed transactions with companies from North America, Latin America, Europe and Asia.

Cook’s economic development career began in February 1983 with the Dallas Area Chamber of Commerce, where he served as Manager of Economic Analysis until July 1985. While there, Cook compiled much of the research utilized by the Dallas Transportation Task Force which led the successful referendum to create the Dallas Area Rapid Transit (DART) system in 1983. Cook also created the first electronically searchable database of available office buildings in the Dallas metro area.

Cook worked in various positions at the Greater El Paso Chamber of Commerce from 1985 through 1997, including Senior Vice President of Economic Development, working with more than 100 companies considering expansion and relocation to the El Paso/Juarez area. He also served as the Vice President of Governmental Affairs for the Greater El Paso Chamber for four of those years, leading the creation of the community's first ever state legislative agenda.

Cook served nearly five years as President/CEO of the Jackson, Tennessee Chamber of Commerce. In Jackson, Cook delivered solid results in economic development, including that city’s highest job creation year ever in 1999. He negotiated several deals with global business enterprises to select Jackson as the site for major jobs and investment including Pentair Corporation’s headquarters and global distribution center for its Tools Division, and the headquarters of a manufacturing joint venture between Toyota and Johnson Controls. While in Jackson, Cook developed the concept and negotiated the purchase of a 423-acre land site to create a publicly owned Technology Park.

Cook returned to El Paso in February 2002 to be President/CEO of the Greater El Paso Chamber of Commerce, and in June 2004-- he became the founding President of the El Paso Regional Economic Development Corporation (REDCo), a position which he held until December 31, 2012 when REDCo merged with Paso del Norte Group to form the Borderplex Alliance.  While at REDCo, Cook and his staff teamed with regional partners to attract more than 53,000 new jobs to the El Paso/Juarez region.  Announcements included more than 500 new jobs at EDS/HP Corporation’s El Paso Software Solutions Centre and over 1,600 jobs at ADP’s SmartShore Center in El Paso.  Cook’s team also led the effort to recruit Electrolux’ 1.5 million sq. ft. manufacturing plant to Cd. Juarez, Mexico in 2004.  Cook personally, worked in concert with Congressman Silvestre Reyes to lead the community’s BRAC communication effort beginning in 2002 which resulted in a 2005 announcement to bring more than 21,000 additional military and civilian personnel to Ft Bliss by 2012.  In December 2011, Cook was selected by Cisco Systems to be one of approximately 30 representatives from the United States to participate in the Nobel Peace Prize Public Services Summit in Oslo, Norway.

Cook is a 1982 graduate of Southern Methodist University (Dallas, TX) with a bachelor’s degree in economics and a minor in business.  He is a 1990 graduate of the Economic Development Institute at the University of Oklahoma.  He is substantially fluent in Spanish.

He is married to his wife of 26 years (Kimberly Small of Dallas), an elementary school teacher in El Paso.  Bob and Kim have two children—daughter Morgan (24) who is a CPA with KPMG in Dallas and son Andrew (23) who is a Senior at UTEP and serves as the part-time youth pastor at First Presbyterian Church of El Paso.

- Board of Trustees, Union University, Jackson, TN (1998-2002); provided the vision and leadership to create the university’s school of engineering